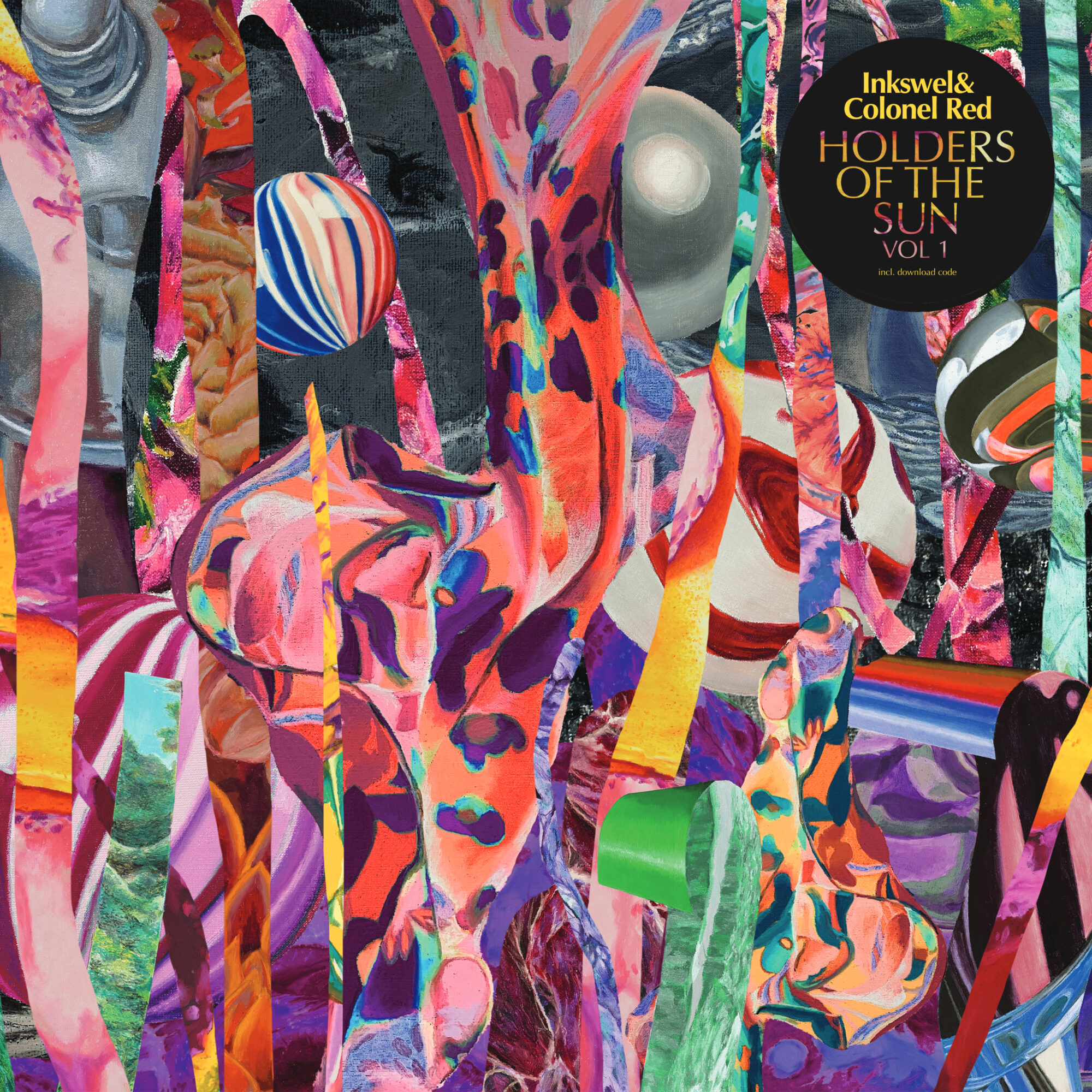 Inkswel & Colonel Red hail from Australia and the United Kingdom respectively, but have been writing music together for over 10 years.  They blend a pretty heady mix of funk, soul, hip-hop and a touch of acid jazz in their stew, and the tracks on this upcoming dish are both enjoyable listening to deep music fans and those looking for more radio-friendly pop hooks.  The track Save Ya Self is the jewel of the album, being a timeless percussion-heavy dance track that would get people moving no matter the year.
For those of you who need an introduction to both artists, here you go, courtesy of Germany’s funkiest label, Compost Records:

“Inkswel & Colonel Red started out writing together more than decade ago & over the time have developed quite a unique sound when recording together,..a chemistry that blends music melody & lyric into every verse chorus & hook. So when Inkswel approached Colonel Red to create the ‘Holders of the Sun’ album, Redz response was to move his hectic schedule around & start immediately. Inkswel dropped the beats Colonel Red dropped the vocals & some fine musical tuning & ‘Holders Of The Sun’ Vol1 was born….while they promise a Vol. 2.
Colonel Red is a groundbreaking soul singer, musician, producer and performer, often referred to as one of the most powerful voices in the UK soul music community, a champion in equal parts of the original Broken Beat scene, as well as the UK soul scene. Working with and writing for the likes of Teddy Pendergrass, Amp Fiddler, Maurice White, Bugz In The Attic, Tony Allen and countless others. His track ‘Belive In Me’ was awarded the WORLDWIDE award from Gilles Peterson in 2014.
Colonel Red’s foray into the music industry began when Epic Record company giant Sylvia Rhone signed the then lead singer, Nikki Romillie, of Pride n’ Politix, to Atlantic Records. An accompanying publishing deal with Warner Bros. established the artiste, now known as Colonel Red, as one of the UK’s top cutting edge singer/songwriters.
Inkswel has been heralded as one of the busiest and most prolific beat based producers from Australia, a true master of his craft he has worked with the likes of Talib Kweli, Lee Scratch Perry, Andrew Ashong, Dwight Trible, Amp Fiddler and countless others as well as putting out timeless musical projects on labels such as BBE, Sonar Kollekiv, Rush Hour, Warner Music, Boogie Angst and others. He hovers evenly between Hip Hop and Club sensibilities, blending new age approaches with nostalgic leans.    ‘Holders of The Sun’ is the audio melting pot of two musical aliens, future directive soul music drenched in the nostalgia of what once was.”

Expect this release to drop on September 30, 2022, so you have a week to wait for this to be fully available.