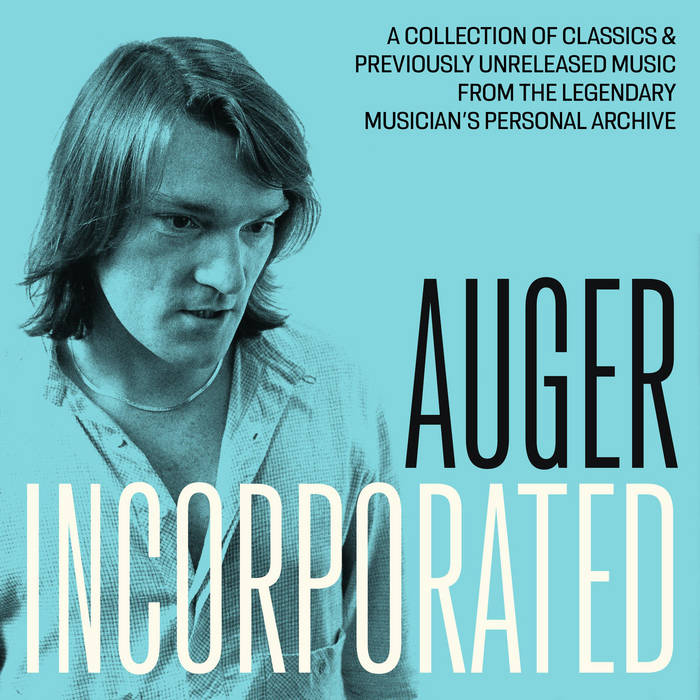 Brian Auger is the father of Acid Jazz and really needs no introduction, but his Bandcamp site provides a fine one anyway for those of you readers who haven’t had the pleasure of being introduced to the man:

“Soul Bank Music announces a back catalogue deal with legendary musician and jazz keyboard master Brian Auger – with the release of a career spanning compilation ‘Auger Incorporated’. Lauded and loved by artists as diverse as Mose Allison to The Brand New Heavies, his tracks have been sampled by Mos Def, Common, Air and Kid Loco, his original compositions covered by Sarah Vaughan, Richard ‘Groove’ Holmes and The Main Ingredient.

Auger Incorporated includes classics and rarities from Brian Auger’s ground-breaking, genre busting catalogue, and reaches back to his early 60’s debut as an award-winning jazz piano prodigy, his transformation into a swinging London Hammond Organ player via his groups’ The Steampacket and Julie Driscoll, Brian Auger & The Trinity whose blend of jazz, R&B and pop idioms saw him credited as one of the earliest protagonists of jazz fusion, that reputation was further enhanced via his flagship 70s group Brian Auger’s Oblivion Express. The 90s saw Brian hailed as the ‘godfather of acid jazz’, this Grammy Nominee is also the proud recipient of a US Congressional Certificate of Special Recognition for his ‘contribution to the American art form of Jazz’ and is championed by several generations of musicians and fans.”

Respect to Soul Bank Records who compiled this monster set.