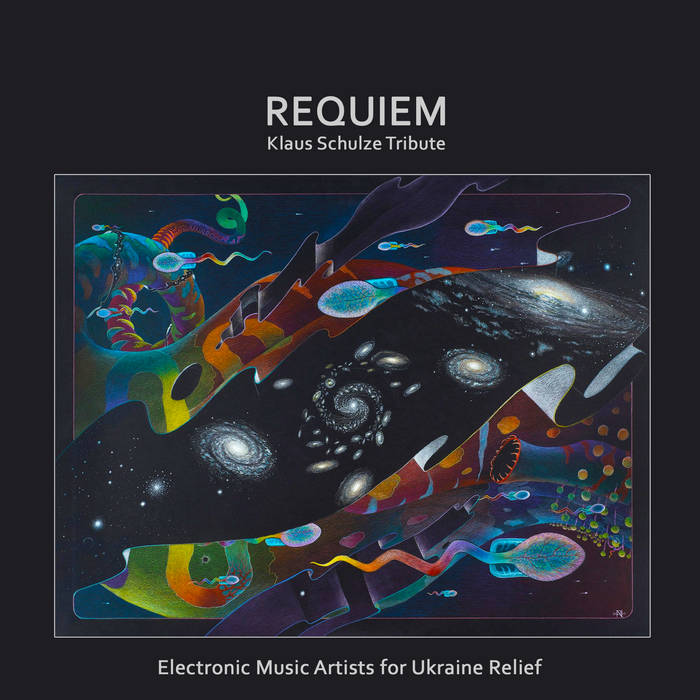 This release, procured by Aural Films, is a tribute to Krautrock and Berlin-School legend Klaus Schulze, who passed away in April of 2022, and who would have been 75 years old today, far too young to have left us.  From the compilation’s Bandcamp site:

“Over a year ago, Jack Hertz approached me with the idea of following up his popular Klaus Schulze tribute compilation IN LOVE WITH THE MOON (2018) with a sequel. I suggested waiting a little longer and to focus on Klaus’ upcoming 75th birthday. Jack thought it was a great idea – who could have guessed that Klaus would not live to see this anniversary?

What could be more natural now than to honor not only Klaus’ birthday, but his whole life – that was the starting signal for REQUIEM. And once again, artists from all over the world came together in no time at all, ready to reignite the flickering flame of electronic music and shout one last musical hello” to Klaus.

And Klaus? He is probably sitting relaxed with Edgar, Conny, Hartmut, Rainer, Wolfgang, Pete, and Bob together in the celestial studio to “finally make a long piece”… may it be eternal.”

Indeed, may Klaus’ memory be ever eternal.