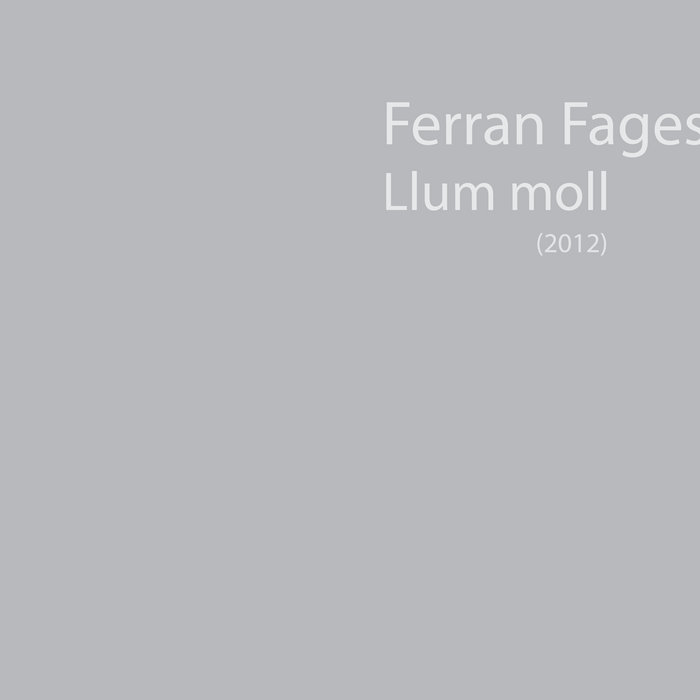 I’ve had the pleasure of reading about Farren Fages‘ work for at least 20 years now, but I never had a chance to fully explore his work.  I’m happy to say that I regret not diving into his catalogue earlier.  It’s impressive, to say the least.

This particular album, Llum Moll, is a 41-minute audio sculpture which was originally released in 2012.  According to his notes on the Bandcamp page hosting this release, “The composition was made in two parts. The first was to record and then select fragments with different lengths, pitches and textures. The second was to re-adjust the pitch of the chosen fragments and then create a multilayered composition with a maximum of eight simultaneous tracks.”

The end result is a loud, organ-like wispy wall of found sound that reminds me of so many nights listening to the radio with feedback interference that, in the day of perfect digital clarity, seems nostalgic.  Ferran should be commended for such a fine release.