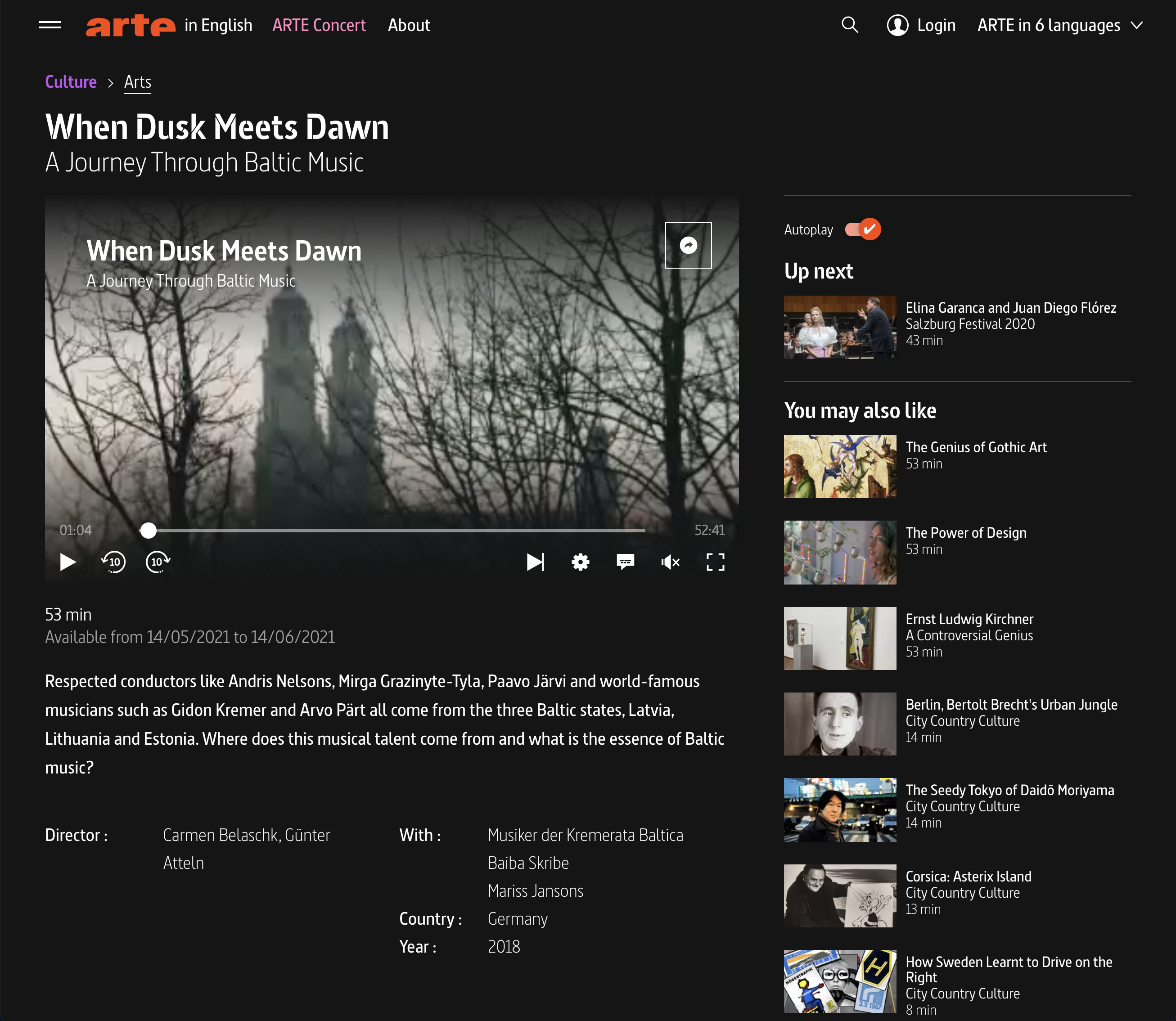 I have a deep love of Baltic culture which kind of makes sense since my maternal line has roots in what is today Kaliningrad, Russia, but was, for centuries, German and Baltic (Old Prussian) soil. The music in the region possesses a magical quality to it, quite unlike any other region in Europe.

Special thanks to Chris Morley, whose wisdom and taste in music mirrors and surpasses my own. I am indebted to him for this find.