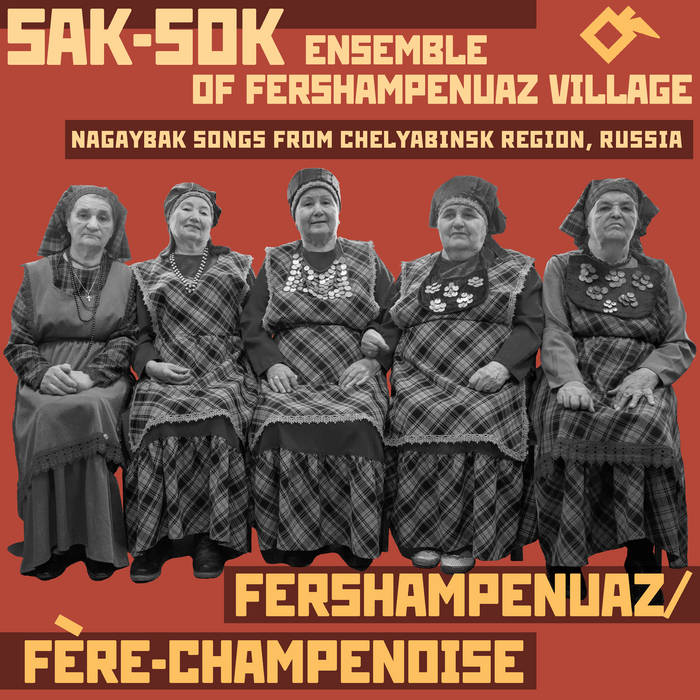 A fascinating release from our friends at Antonovka Records.  From their Bandcamp website:

“Nagaybaks are an ethnic group that descends from the Christian Tatars and shares the same self-name with them — “Kreshenner”, which means “Baptized Ones”. There are about 10 thousand Nagaybaks in total, they live primarily in the Nagaybaksky district of the Chelyabinsk region, in the South Ural area.

In the Russian empire the Nagaybaks belonged to the Cossack estate. Many of their villages were named after European settlements, at which the Nagaybaks distinguished themselves in the battles.

Fershampenuaz is the capital of the Nagaybak district, it got its name after the commune of Fère-Champenoise in France.