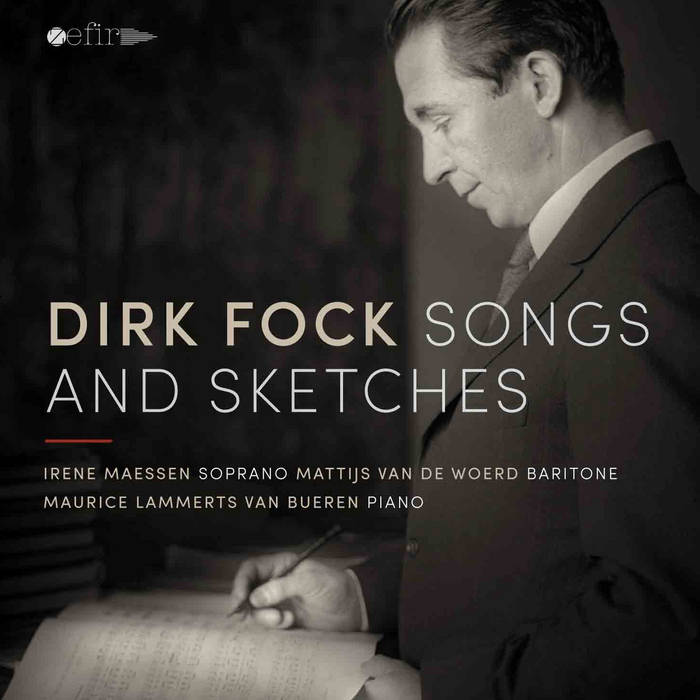 Dirk Fock was a Dutch-American pianist with a very interesting musical history, including working with Richard Strauss.  From the Bandcamp site:

Dirk Fock (1886-1973) In 1945 the Dutch-born conductor and composer Dirk Fock (also: Foch) became an American citizen. Before that – during the interwar years – he conducted many orchestras all over Europe. Living in New York from 1919-1924 he was first conductor to the New York City Symphony Orchestra and guest conductor to the New York Philharmonic. He also was co-founder and first conductor of the American Orchestral Society. In 1924 Richard Strauss requested him to work as first director of the Wiener Konzertverein, where he performed with Igor Strawinsky. From the thirties – while living in Paris – he focused on composing.
In 1939 Fock moved back to New York. His patriotic song cycle Songs of Glory (1945) on texts by Joseph Auslander – then Poet Laureate of the United States – is inspired by the events of World War II. This cycle had several performances in the United States with Todd Duncan, the first Afro-American opera singer of the New York City Opera. Fock died in 1973 while living in Switzerland; he left behind a small but extraordinary body of work which expresses his love of the human voice.