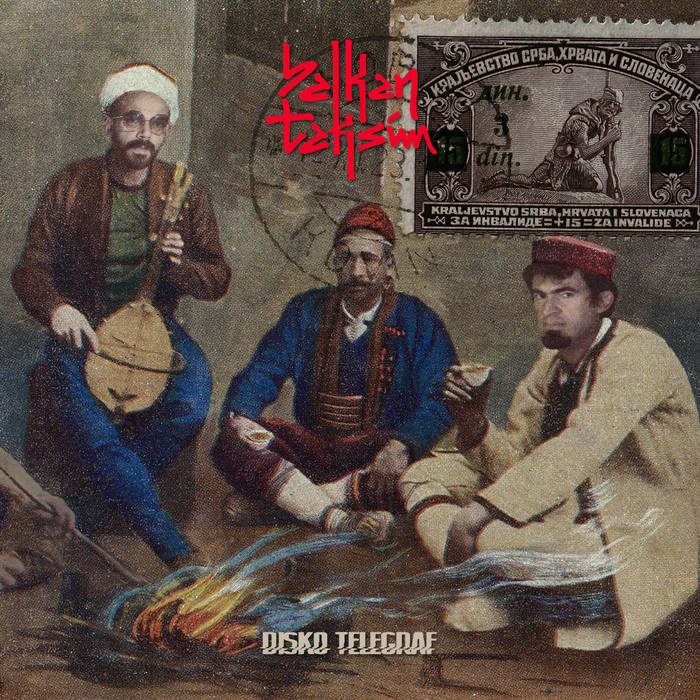 This gem, released by Buda Musique, came out on May of 2021, and it’s simmering!

From the label’s Bandcamp site:

Balkan Taksim is the corduroy-clad brainchild of Bucharest-based multi-instrumentalist/artist Sașa-Liviu Stoianovici who, along with his electronica producer companion Alin Zăbrăuțeanu, is on a quest to inform, educate and entertain audiences around the globe about Balkan psych, roots and grooves.

The project started by searching for something to link the sense of what has been with what will be. Sașa’s exploration of traditional music of the Balkans, ancient Romanian music and Slavic cultures led him to travel a lot through the region and work with local singers and musicians to record the traditional tunes he later reworked with contemporary electronica sounds, heavy bass and powerful beats.

The music is not a corny pastiche of electronic music with a few horns thrown inside the mix. This is a sincere and well-balanced album. Sașa is weaving some gold together here.